Dear Friends (and yes, we do think of each and everyone of you as our nearest, dearest BFF’s in the world):

T.H.B.B.’s newest digital album is available for free streaming on Bandcamp and we sure do hope you’ll take a listen! After listening we hope that you’ll like it so much that you’ll be willing to part with the unheard of special price of $7 to download the full digital album.

​For your hard earned money (just seven freakin’ dollars people) you’ll get the full album in high fidelity; uncompressed, sparkling clean and pristine! Unlike the streaming mp3 version you will then enter an audiophile world of the lowest lows, the highest highs…

You will hear sounds you didn’t even know were there on your first free (didn’t even cost you pocket change) listening. You might even hear sounds you never even imagined. How’s that for something to look forward to? And all it takes is some measly pocket change. Come on big spender, spend a little time with us (we will show you a good time).

​The music of T.H.B.B. has been described alternately as Industrial Psychedelia, Weighty Mettle, Prog House, Rock ‘n Know All, and “The Exact Opposite Crap.”

The Hadron Big Bangers are led by the glad to be mad genii Martin Ear and Robert Are. With the release of “ f l A s h ! ” they are banging at the door of becoming Bigger Than Big and Hadroner Than Hades. From Church of the Subgenius Metaphysics to Flying Spaghetti Monster Esoterica, from Cthulean Dadaistic Philosophies to Outright Surrealist Pythonisms, T.H.B.B. is set to take over the world.

So take a listen - right now, don't dawdle! - at: https://hadronbigbangers.bandcamp.com/album/flash

Review by G. W. Hill
The mix of sounds here is wide. I really love music that combines unlikely things, and this is that. It’s got a lot of psychedelia in it. There is also plenty of hard rock, jazz and much more. There are even some metal elements at play at times. This is an unusual disc. It’s probably not for everyone. If you like your music adventurous, though, you will love this.

Track by Track ReviewInvocation / Cats
Space music serves as the introduction. There is a short invocation, and the sound of a cat as it launches to the song proper. That’s a rather blues rock based jam that still has plenty of space in the mix. There are hints of the Doors on the vocals. It works out later into a jam that’s part psychedelia, part space rock and all cool. It gets into some territory that makes me think of early Hawkwind later before dropping to some pure psychedelia at the end.

4 2 6 or 25
More of a straight mainstream rocker, this still has a lot of the same elements at play. It’s a cool song.A Thought
Mellow music with some intriguing bass work serves as the backdrop for a guy talking about “deep thoughts.” It somehow makes me think of Jack Handy.Pink Sabbath
Trippy ambient music starts this. A spoken voice comes across. Then the atmospherics remain. A riff emerges that really sounds like Black Sabbath. Still, this is not metal. It’s more of a psychedelic rock jam with some stoner music in the mix. I love the spoken words that deliver the lyrics. They remind me a bit of Alice Cooper. They play some games with the speed of the recording of the vocals. This is such a stoner rock turned psychedelic prog number, really. It’s trippy and I love it. It does seem a bit like a cross between early Pink Floyd and Black Sabbath in some ways. In the speedy jam later in the track it gets more into traditional mainstream prog, but there are still bits of psychedelia included. I love the bit of Bill Paxton from Aliens. We get a drop back to the metallic territory after that movement. This is my favorite piece on show here. 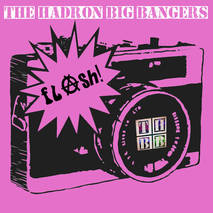 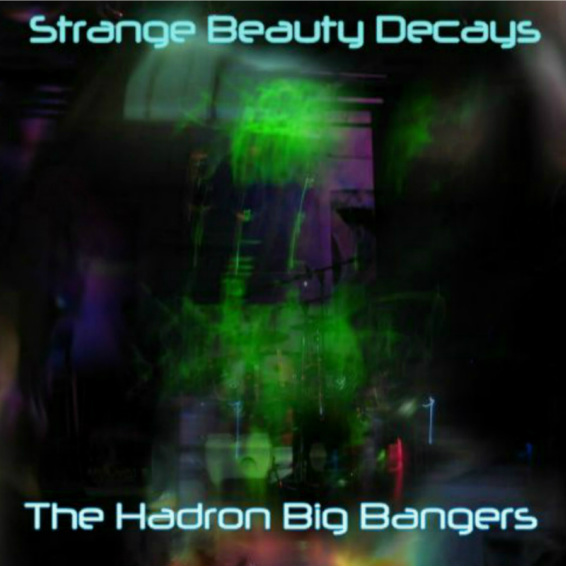 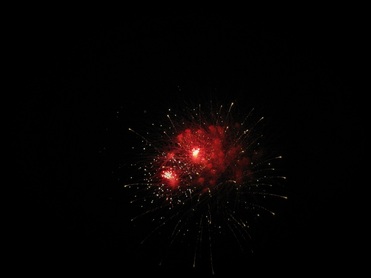 Old Raptures have come and gone and  no one has ascended to any great heights.   Obviously,  The Hadron Big Bangers have their work cut out for them.
We will not offer Predictions as to any specific dates when this will happen, but we will continue our research in defining the SOUND that a QUALITY  RAPTURE might make.  By introducing IMPROVISED Particles in SPONTANEOUSLY Charged SESSIONS,  REVERSING and/or Deconstructing them, then subjecting them to STRANGE BEAUTY DECAYS,  we will be in compliance with our MISSION charter, of delivering POSITIVE SOunding    STATEMENTS into this negatively  CHARGED ENVIROMENT.
hadronbigbangers@gmail.com

Always with you...until the BEGINNING.

Super Collisions:  Making your life worthwhile, while you wait.

Life comes at you hard.


Our particles are Harder.

The Hadron Big Bangers have heard it all before..played it all before..enjoyed it all before...Does that mean we should rehash older musics, or take what we've lived through, and apply it to the creation of new sounds?  Or the destruction of old sounds?
We have chosen both!   Not an easy task, but one we are comfortable pursuing.
Music is the most flexible and forgiving Art Form, and when treated with Respect and Love,  is capable of great Transformation.
The Hadron Big Bangers are searching for the Tetraquarks and Pentaquarks in music.  We know they exist, and we will continue our research and testing until we are satisfied with our results.
Robert Are                  Martin Ear